3 minute readThe Dell/EMC Merger: Everything You Need to Know

Two giants of the technology sector are poised to become one in a merger that is set to be every bit as grand as you would expect: Dell, Inc. recently announced that it will purchase EMC Corp. for approximately $67 billion dollars. The purchase, which will be made in a combination of both cash and stock, will be the biggest takeover that the technology industry has ever seen.

This purchase price equates to roughly $33.15 per share in EMC Corp. Despite that, VentureBeat.com reports that current EMC shareholders will receive a slightly smaller amount, $24.05 per share.

Under the purchase agreement, Dell will take EMC, which was previously a publicly traded company, private. However, the immediate question turned to VMware, which is a cloud and virtualization services provider that EMC purchased in 2004 that was also publicly traded under previous ownership.

VentureBeat.com reports that VMware will continue to be publicly traded after the merger goes through even though EMC will not be.

Why is the Merger Happening?

When you’re dealing with a company as big as Dell, the obvious question becomes “why is such a large deal happening at all?” The answer is actually fairly straightforward and begins in 2012, when Dell went private for the first time in many years.

With sales of desktop and laptop computer hardware falling and the tablet market being increasingly difficult to wrestle away from the iron grip of Apple, company founder Michael Dell pledged to allow his company to naturally evolve over time to keep up with the changing climate.

The merger with EMC allows him to do exactly that – instead of being wholly reliant on hardware sales, Dell can now pivot into things like data storage, network servers, mobile devices, corporate software solutions and more.

A benefit of this is that the company also gets to make this transition and find the shape that it will take for the next several years out of the public limelight – at least as far as the New York Stock Exchange is concerned.

Dell isn’t just obtaining a solutions provider in EMC, however – it’s also obtaining all of the company’s debt. Experts have indicated that Dell will need to borrow a significant amount of money to not only complete the purchase, but also to head off an expected rise in the interest rates that are currently available for exactly this type of situation.

Whether or not that ends up being a good thing for Dell in the long run remains to be seen.

Perhaps the most important thing to consider about this news is that the merger is not technically final – yet. Due to the fact that an announcement is made at all, EMC’s Board of Directors has clearly given their approval for the events to take place.

All that is left is for EMC’s current shareholders to vote on whether or not they’d like to see the merger happen, which experts indicate is little more than a formality at this point. 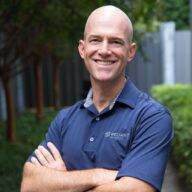 Reid is the founder and CEO of Reliant Technology and has a mission to remove the pain associated with maintaining IT infrastructure. Reid writes on common challenges related to maintaining, servicing, tracking, budgeting, and upgrading technology.